This is the second installment about first trip to New York on the music industry's dime.
Rawkus, the label that put out Soundbombing 2, put us up in a swank hotel in midtown New York. Since it was my partner Maurice's room and hook-up, I didn't want to rack up charges on his bill, I started to give them my credit card information. The clerk wouldn't take my card and told me there was already an account set up for the room. The name on the card was "Fox Inc." For awhile Maurice and I thought their was some mistake, then we remembered there was some connection between the Fox and Rawkus.

We made good use of Rupert Murdoch's money. We ordered breakfast, lunch and dinner and tipped the staff exuberantly. I remember racking up the long distance calls, calling friends and family, saying stuff like, "Guess where I'm at ..."

But this trip wasn't just about the perks. We were there to see the Soundbombing 2 concert and Mos Def, Talib Kweli, Common, Pharaoh Monche and airbody else from that album were on the bill. But before we could go to the show, Maurice had to make a quick stop that would leave me in a tight spot.
Posted by Craig Belcher at Saturday, September 26, 2009 3 comments: 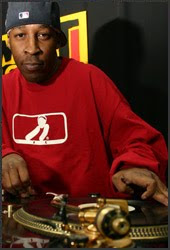 Busta Rhymes personal DJ and X-exuctioners members Roc Raida died today. The pioneering DJ was reportedly admitted to a hospital for a spinal injury, but an official cause of death has not been released.
Posted by Craig Belcher at Saturday, September 19, 2009 No comments:

Chris Brown at your Service, Richmond

Posted by Craig Belcher at Thursday, September 17, 2009 No comments:

Don't Call it a Comeback Concert 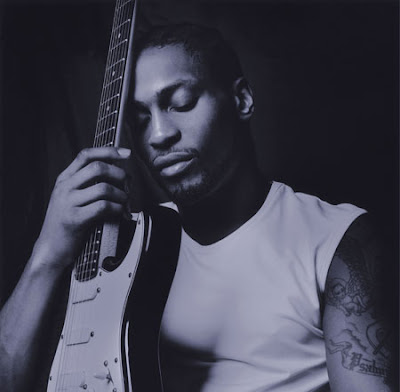 D'angelo, according to a source close to the singer, will not be performing at an after party for the Video Music Awards. A post on ticketalternative.com claims that the reclusive singer along with "Tony S. Soulfinger Sam, Herbert Holler & Marc Smooth" will perform at New York night spot called the Country Club. The site also says the show is sold out.
I've never been to Country Club or met Soulfinger Sam, but I would wager that there a better places and company in which to stage a return to the music game after nearly a decade between album releases.
Expect an official denial and refund demands shortly.

UPDATE: D'angelo's manager denies that the singer is performing in New York this summer.
Posted by Craig Belcher at Wednesday, September 09, 2009 No comments:

Email ThisBlogThis!Share to TwitterShare to FacebookShare to Pinterest
Labels: comeback, concerts, d'angelo, how does it feel, untitled

Ya Still Tellin' Lies to Me 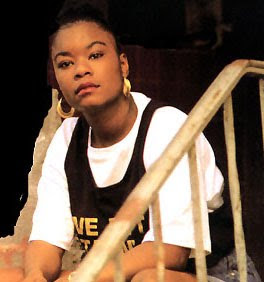 There are quite a few doctors in the music game, Dr. Dre, Dr. Ice, Dr. Demento. But it's uncommon for a musician to actually become a legit doctor of philosophy or medicine. Perhaps that's why a story about a underground rap artist who went on to graduate from Cornell on the music industry's dime was so charming.
This Slate.com expose on Roxanne Shanté says her story broke this summer, but I recall hearing about it on the interwebs awhile back. It was a rare tale of a woman taking control of her destiny and exploiting the music industry in order to live her dreams. But now it seems Shanté's rap was just lies.

Shanté has been telling the world how she used a clause in her Warner Records recording contract go to college, eventually earning a Ph.D. She has alleged that she's used her degree and experience to create a hip-hop therapy clinic. A moving story of redemption and determination for an artist whose career had been ruined in part, by one line from rival MC KRS-ONE. (If you don't know this line, ask somebody who has actually bought records in a record store in the 1980s or listen here around 1:50.) But the real story is much more complicated.

According to Slate, Warner Records says it never had a contract with Shanté, and it was not obligated to pay for her education. Shanté—real name Lolita Shanté Gooden—doesn't have a Ph.D. from Cornell or anywhere else. Indeed, she admitted it in an interview with Slate. And Cornell has no record of Gooden (or "Shanté") ever attending or receiving a degree. According to Marymount Manhattan College records, Shanté enrolled there but dropped out less than four months later without ever earning a degree.
New York state records indicate that no one named Lolita Gooden or Roxanne Shanté is licensed to practice psychology or any related field.

The rapper claims she graduated from another college, not Cornell, under another name. When told this school has no record of her graduation, she blames it on a "computer error?" Or perhaps it was Untouchable Force Organization, up to their old tricks again.

Posted by Craig Belcher at Thursday, September 03, 2009 No comments: