Not many rappers have been able to escape the gravitational pull of Richmond's local music scene. A decade after his debut on Atlantic/Big Beat, Skillz is still the only rap artist from the city to drop more than one record on a major label.
Two duos came close to establishing themselves; Shadez of Lingo, who dropped a album on Capitol in 1994, and Dirty Soulz, a group backed by Richmond's favorite musical son, D'angelo. The latter group never released any music, despite being signed to East/West and appearing in The Source magazine. Their label lost interest in them for some reason and let them go. The music they created never saw the light of day and allegedly lives in a closet somewhere at Micheal Archer's house. 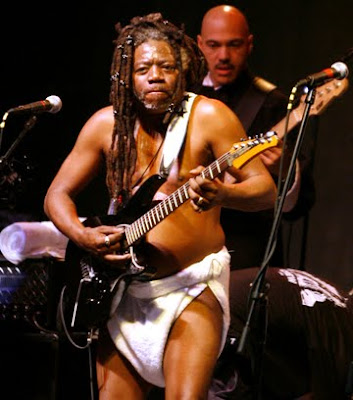 Gary Shider, one of the original and signature of voices of P-Funk died today. Shider had been battling cancer for several months.
Posted by Craig Belcher at Wednesday, June 16, 2010 No comments: