Bazerk in the Studio 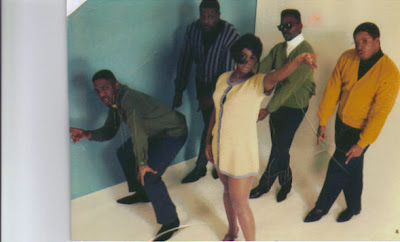 If and when Son of Bazerk returns to the stage, they might have some new songs to perform. The group is in reportedly the studio with DJ Johnny Juice in New York.

Juice is one of the unsung heroes of the Public Enemy phenomenon, playing the background while bringing the noise to P.E. recording sessions. The other P.E. producers, the Bomb Squad were responsible for most of the bands combustible debut, "Bazerk Bazerk Bazerk," on Soul/MCA.
Posted by Craig Belcher at Friday, May 29, 2009 3 comments: 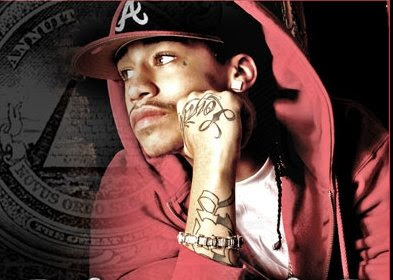 The family of slain rapper Dolla released this statement today:

“First and foremost we, the Burton family would like to thank everyone for all their kind thoughts and prayers during these trying times,” the statement reads. “Most recently, the Burton family was made aware that there have been numerous false claims of information floating around the ‘net and also reported in reputable media outlets. Part of this was due to someone who was not authorized to speak on the family’s behalf and who claimed to be the publicist of record decided to disseminate false information on her own and without the consent of the family to several media outlets.

“Due to the circumstances of the situation no other information will be released at this time. We are grateful for your continued support in these trying times. We now ask everyone to allow us to mourn the loss of our beloved Roderick Anthony Burton.”
Posted by Craig Belcher at Friday, May 22, 2009 No comments: 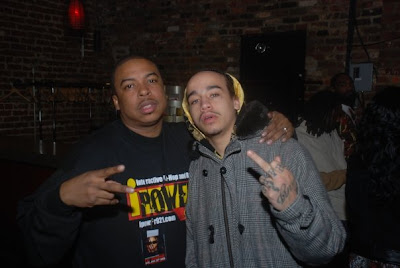 Dolla, shown here with DJ Lonnie Battle during a Richmond, Va. appearance at Pearl Lounge, was shot and killed yesterday. The rapper was slain while waiting for a ride at the Beverly Center mall in Los Angeles.

The rapper was signed to Akon's label in 2007, and was in L.A. to put the finishing touches on his oft-delayed debut.

Dolla was part of the Konvict Entertainment family and an incredible artist. This is a senseless crime and the industry has lost a real talent. Our heart goes out to his family, friends, and fans,” Akon said in a released statement.
Posted by Craig Belcher at Tuesday, May 19, 2009 16 comments:


In the above video, Malice, of The Clipse, all but confesses that the cocaine raps that they put out for young minds to consume, may not have been true stories. As that guy used to say on This Week In Baseball, "How 'bout that?" While this admission is not surprising, the fact that he made it is.

Given that Malice likes dwelling on foolishness, it's a safe bet that the duo will continue telling lies to our wives and children with their next release. But they may be on the hunt for new source material. Their manager was recently indicted for allegedly operating a large drug ring in Virginia.
Posted by Craig Belcher at Friday, May 01, 2009 No comments: