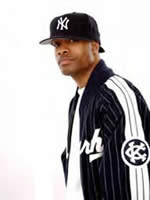 DJ and televison host, DJ Megatron was killed today in New York City. From MSNBC:
Urban radio and TV personality
DJ Megatron, who built a career at hip-hop
and R&B radio stations from Philadelphia to
Boston and told viewers of a popular music
TV show "What's Good," was shot to death
early Sunday, according to his manager and
police.

The BET cable television segment host was
killed while heading to a store near his home
on New York City's borough of Staten Island
around 2 a.m., his manager Justin Kirkland,
known as J. Smoove, said.

Police say the 32-year-old deejay, born
Corey McGriff, was found dead with a
gunshot wound to his chest. No arrests have
been made.
Posted by Craig Belcher at Sunday, March 27, 2011 No comments: 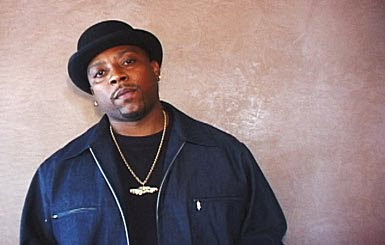 Snoop Dogg won't be coming to my hometown this week. The 39-year-old rapper is taking some time off to mourn the passing of his friend and frequent collaborator, Nate Dogg. Nate died from congestive heart failure on March 15. He was 41.

I can't think of another singer that could leave a legacy like Nate Dogg. His trademark baritone was a vital element of the West Coast rap sound and his distinctive delivery elevated the music of one hip hop's greatest beatmakers, Dr. Dre. But listening to a local radio station attempt to pay tribute to the singer outlined the negative side of his voice. Most of his popular lyrics, usually heard as the chorus to rap hits, were bleeped out.

Nate Dogg, born Nathaniel Dwayne Hale, was a gifted singer who used his voice to talk about dicks, hoes and drugs. He made misogyny sound good. He might not have made you smoke weed every day, but he made you sing about it. He mirrored the lack of morality and irresponsibility of the rappers he worked with, echoing their adolescent fantasies of sex and violence with his melodic monotone. It was a dangerous and delicious concoction, one listeners never got tired of, no matter how many hooks he hung his bowler on.
After one of Nate Dogg's recent strokes, the news of his condition was passed on to the media by a member of Innate Praise, a gospel choir he had formed. Perhaps a Dogg can learn new tricks.
Posted by Craig Belcher at Wednesday, March 23, 2011 No comments: 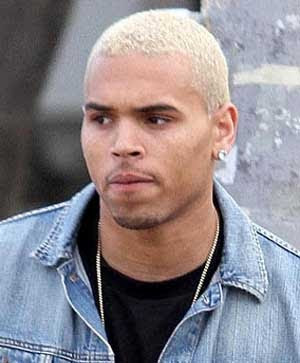 Since his court-ordered anger management classes for beating and biting R&b singer Rhianna, Chris Brown shown that he isn't equipped to handle the pressures of being a pop star. Especially one with a damaged career.

In April of last year, Chris Brown cut short an interview with one of his hometown radio station after he claimed that they weren't playing his music enough. His recent twitter targets include Wal-Mart, which he alleged wasn't selling his CDs and alleged molestation victim Raz-B, who was the target of homophobic rants from the singer.

Now this. According to TMZ, Brown "exploded in rage behind the scenes at "Good Morning America" this morning ... smashing a window and storming out without a shirt." Sources tell the web site that the singer was upset with questions from show host Robin Roberts.

If his Demolition Man haircut didn't make it clear, this young man needs help. For the rest of his career, he'll have to answer questions about his behavior, his arrest and the restraining order. But those questions will come less if you can show that they don't bother you. After today, he'll have more explaining to do.
Posted by Craig Belcher at Tuesday, March 22, 2011 No comments: